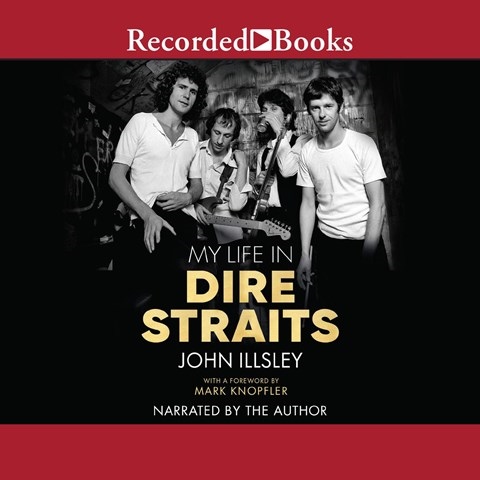 Gracefully written by the British band's founding bass player, this nostalgic ride through his life before, during, and after Dire Straits' peak years (1977-1995) captures rock and roll's status as a cultural touchstone for baby boomers and musicians on both sides of the Atlantic. The author's no-fuss narration sounds quick, and the range of his tone and phrasing limited. But his consistent vocal clarity makes everything he says sound assured, thoughtful, and thoroughly connected to the truth of his story. His insider account of working with the Knopfler brothers and other musicians of the era is worth the price of admission, but what will linger is Illsley's often poetic recollections of his personal life as it intersected with the arc of Dire Straits' commercial success. T.W. © AudioFile 2022, Portland, Maine [Published: NOVEMBER 2022]