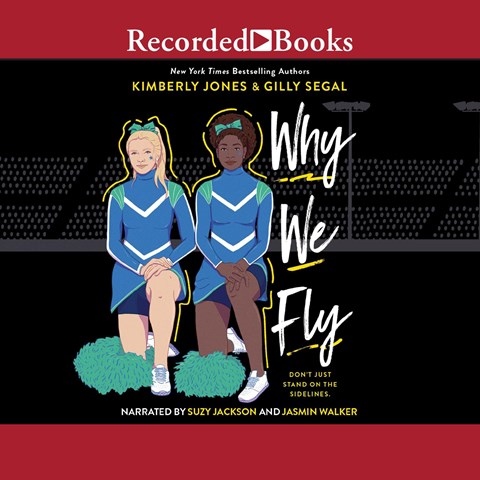 Cheerleaders get much deserved respect in this look at two fierce athletes who are navigating their senior year in a political spotlight. Narrator Suzy Jackson voices Eleanor, a Jewish teen who is fighting to recover from an almost career-ending concussion. Chanel, portrayed by Jasmin Walker, is a Black teen who is laser-focused on getting into a top business school. Despite being best friends since childhood, their relationship is rocked when Eleanor is named squad captain instead of Chanel. Their lives completely blow up after the squad decides to take a knee during the national anthem, garnering both widespread praise and criticism. Jackson's tone gives Eleanor vulnerability and teen angst that show her pathos and privilege. Walker's Chanel is sharp and effervescent, even when she's forced to confront her weaknesses. S.T.C. © AudioFile 2022, Portland, Maine [Published: JANUARY 2022]