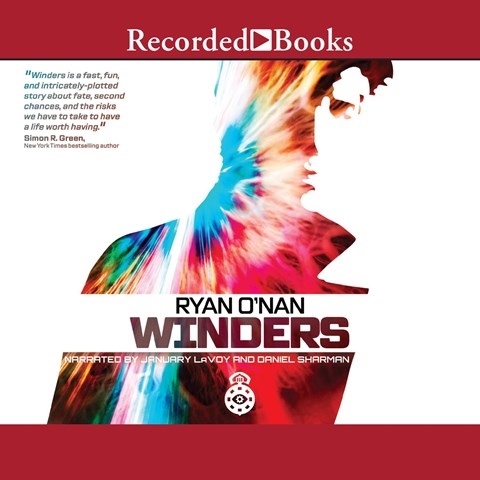 January LaVoy and Daniel Sharman narrate a thrilling debut sci-fi novel set in an alternate universe. Winders have the ability to reverse moments in time. Hidden within society, they control much of the world's political and financial realms. As Winder Juniper uncovers intrigue within her world, Charlie discovers that he is more than human. When their paths cross, the two fight for survival. LaVoy's considerable talent is showcased as she seamlessly transitions between characters, capturing their personalities and voices. While a newcomer to audiobook narration, Sharman holds his own, further pulling the listener into the story. Both narrators perform their parts with the excitement and emotion the fast-paced story requires, providing listeners an entertaining audio experience. A.L.S.M. © AudioFile 2021, Portland, Maine [Published: DECEMBER 2021]