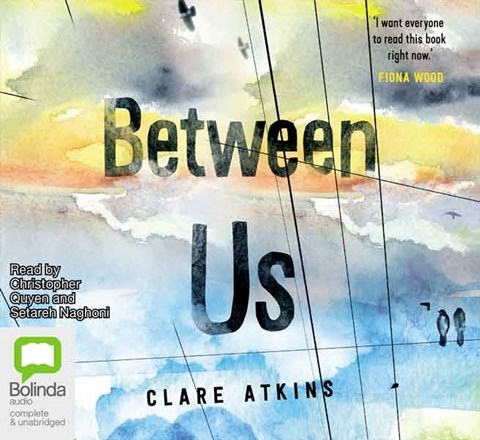 This young adult audiobook, narrated by Christopher Quyen and Setareh Naghoni, is told from three points of view. A tentative friendship blossoms between two teens, one an Iranian refugee, the other an Australian. Living in a detention center and hoping for asylum, Anahita leaves the compound only for school. Jono's father, a guard at the facility, mentions his son, later regretting his initial encouragement that the boys become friends. Quyen narrates Jono's and Kenny's points of view, and Naghoni narrates Anahita's. Both narrators are of equal talent. Throughout most of the audiobook their performances have a slight tone of detachment, which befits the characters and their experiences. While noticeable, their accents have a light touch, enhancing the story rather than distracting from it. A.L.S.M. © AudioFile 2022, Portland, Maine [Published: JANUARY 2022]