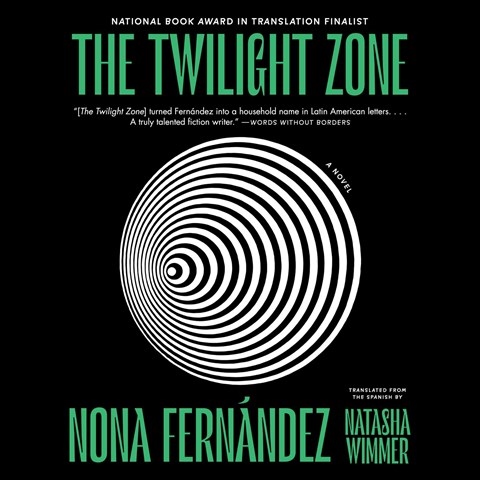 Raquel Beattie masterfully engages listeners with her calm, clear voice as she performs this audiobook. For the first-person protagonist, living in Chile during the brutal dictatorship of Augusto Pinochet is like living in another dimension--not unlike the one depicted in the 1960s television series "The Twilight Zone." Nothing is what it seems; people change their names, have fake families, and disappear, never to be heard from again. The narrator becomes obsessed with a war criminal who confesses to atrocities he witnessed and committed to a magazine. As an adult, she reflects on her own past and the war criminal's escape to France. While she never experiences violence directly, she still feels horror all around her. Beattie's serene delivery and neutral Spanish accent create an unsettling feeling that pairs perfectly with this disturbing story. A.M. © AudioFile 2022, Portland, Maine [Published: JANUARY 2022]