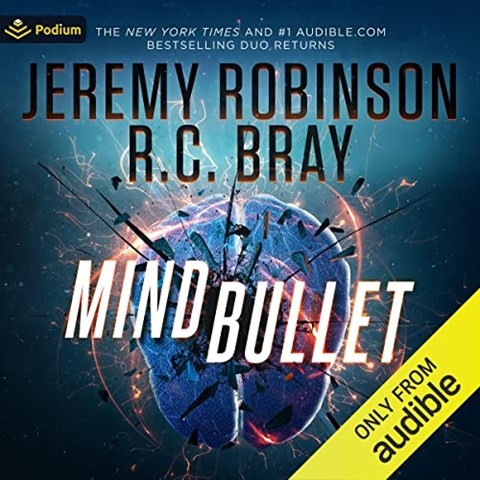 R.C. Bray narrates a weird and hilarious thriller in which an unusual assassin digs into his parents' murder. Jonas has a unique ability that makes him well suited to the assassin trade: He can kill without firing a single bullet. He has the paranormal ability to collapse the center of his targets' brains, leaving an untraceable murder. Accompanied by a bantering AI named Bubbles, Jonas finds himself on the run and diving ever deeper into his own past. Bray captures the snarky deadpan humor with gusto, giving Jonas a surprisingly lovable personality. The dialogue is fast paced, and the action sequences crackle with explosive thunder. Bray's narration complements the story wonderfully. J.M.M. Winner of AudioFile Earphones Award © AudioFile 2022, Portland, Maine [Published: MARCH 2022]