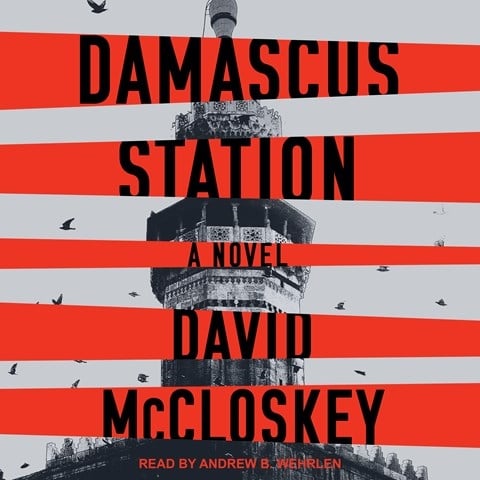 by David McCloskey | Read by Andrew B. Wehrlen

This audiobook, narrated by Andrew B. Wehrlen, pulls listeners into espionage and a forbidden relationship amid the political upheaval and violence of contemporary Syria. CIA case officer Sam Joseph has a history of working in the Middle East and understands the dynamics and dangers of the region. While Mariam Haddad works in the Syrian Palace, her family is divided--some work for Assad's regime, and others protest his brutality. When Sam is asked to recruit Mariam, they embark on an affair, further increasing the danger for both of them. Wehrlen transitions well between characters, and his pacing and emphasis match the plot's urgency. With insights into both the current climate in Syria and the life of a spy, this is a must-listen. K.S.M. © AudioFile 2022, Portland, Maine [Published: JANUARY 2022]