Home»Reviews»MY DAD'S FUNNIER THAN YOUR DAD 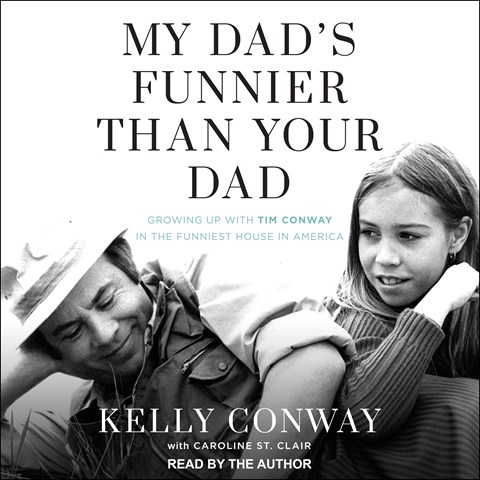 Kelly Conway's narration in the first part of this audiobook is fun and hilarious as she describes her life as the oldest child and only daughter of the late comedian Tim Conway. Tim was as funny at home as he was in his movies and TV series, most notably "The Carol Burnett Show." Listeners will enjoy Kelly's tales of his zany approach to child-rearing. However, in the second part Kelly's tone becomes somber as she describes her father's remarriage and final illness. He suffered from dementia and needed a conservator. Kelly proved in court that his wife and her daughter were neglecting his care. Kelly wanted his conservatorship. She proved her case, but her stepmother remained conservator because it was in Tim's will. A cautionary tale for all about the power of a person's wishes. E.E.S. © AudioFile 2022, Portland, Maine [Published: FEBRUARY 2022]