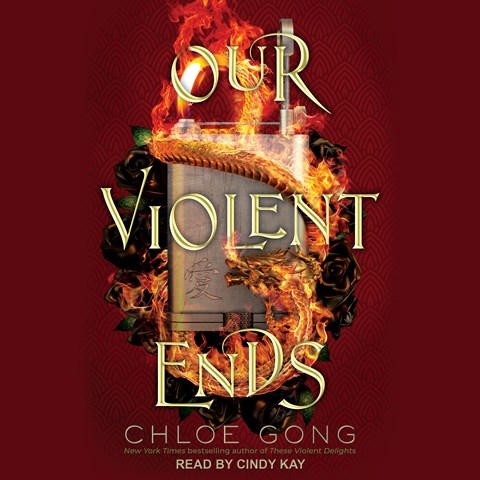 Cindy Kay narrates the conclusion to a 1920s gangster love story inspired by ROMEO AND JULIET and set in Shanghai. Although the plague appears to be under control, Juliette and Roma face new dangers now that the blood feud between the Scarlet Gang and the White Flowers has reached unprecedented heights. Kay perfectly captures Juliette's rage: She is a powerful young woman in a man's world, but she is not accorded the respect she deserves. Roma has become increasingly bitter as his situation both in the gang and with Juliette deteriorates. Kay solemnly portrays the harsh choices he faces. While Kay's portrayals of both Juliette and Roma are excellent, secondary characters can occasionally be difficult to distinguish. Nonetheless, Kay's narration overall is engrossing. K.M.P. © AudioFile 2022, Portland, Maine [Published: FEBRUARY 2022]