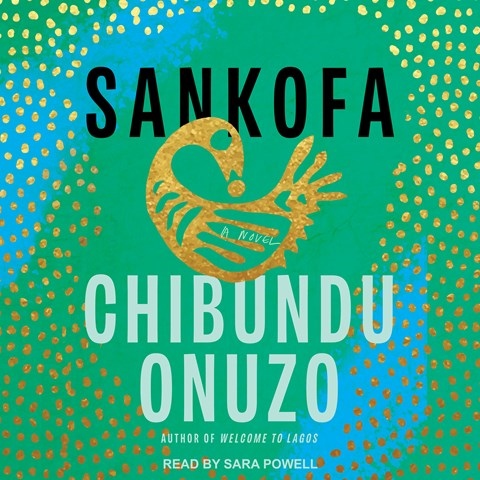 Sara Powell gives a vivid and nuanced performance in this character-driven novel. Anna is a middle-aged Black British woman who discovers that the father she never knew became the president of a small West African country. In the midst of a divorce and feeling unsettled, she sets out to meet him. Powell excels at a range of West African and British accents, and her portrayals of the two main characters are especially sharp. She voices Anna with the perfect mix of confidence and longing. Anna's interest in her father is spurred by her discovery of his old journals, which Powell reads with a youthful energy that starkly contrasts with the smooth, refined voice he has when Anna finally meets him. A beautifully immersive and enlivening listen. L.S. © AudioFile 2021, Portland, Maine [Published: NOVEMBER 2021]