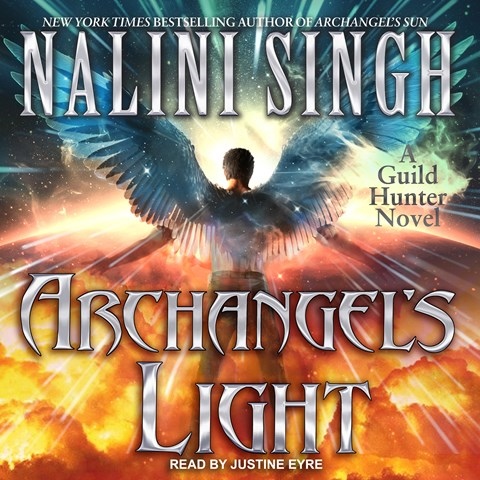 Narrator Justine Eyre takes the listener back into the rich world of Nalini Singh's archangels. Angels Aodhan and Illium were close as children, but now a tragedy has come between them. Eyre's performance is multilayered as the story jumps between the past and present. She brings both characters from children to powerful adults. Aodhan and Illium are in China helping the new archangel rebuild when they are asked to investigate an abandoned village. Eyre builds the tension as they uncover the horror of what happened to the villagers. Eyre captures the subtle nuances between the pair as they work towards healing their relationship to bring it to the next level. Listeners of the series will enjoy the depth of Eyre's performance. S.B. © AudioFile 2021, Portland, Maine [Published: DECEMBER 2021]