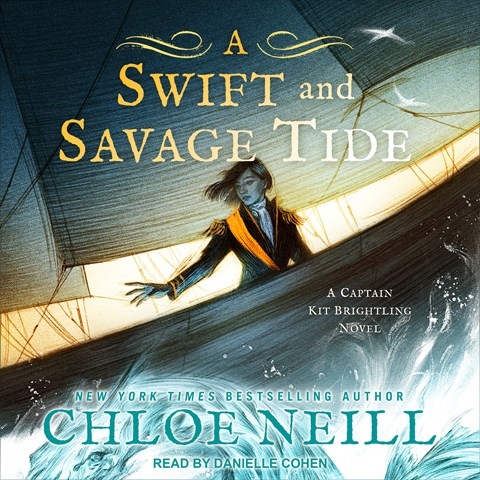 Danielle Cohen narrates a historical fantasy that is by turns magical and swashbuckling. Captain Kit Brightling and the crew of the DIANA investigate threats to the Isles now that Gerard has escaped from prison and is openly marshaling his forces. Kit is a capable and competent woman in a professional field dominated by men. Cohen's portrayal of her encompasses a full portrait, including the parts of her that she does not easily share. Pirate kings, spies, sailors, and soldiers encompass a variety of nationalities and backgrounds, and Cohen does them all justice. While the story may be a touch predictable, Cohen's performance makes it a delight to experience. K.M.P. © AudioFile 2022, Portland, Maine [Published: FEBRUARY 2022]