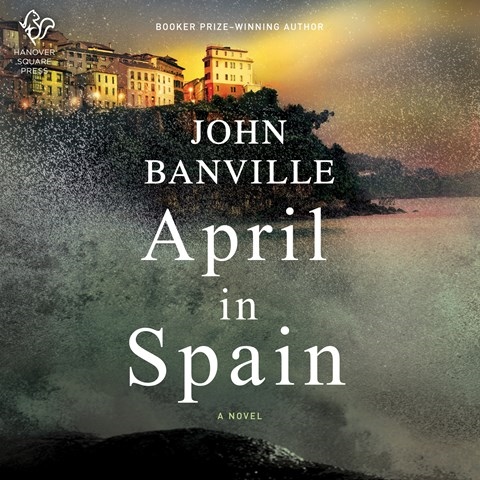 Narrator John Lee delivers a well-constructed, ably paced, and stylish performance of this elegantly written mystery. His portrayal of Banville's garrulous pathologist, Quirke, sets the tone. His subtle rendering of Quirke's wife Evelyn's Austrian accent contrasts nicely with his broader Irish posturing for the malevolent Terry Tice, who "liked killing people." Banville has a novelist's ability to get inside the thoughts and feelings of his characters, and this plot has an inevitable but finely crafted ending. The double meaning of the title--which refers to vacationing in April in Spain and finding the missing April Latimer--is but one example of the author's skill with language. There are fine set pieces of corrupt politicos misbehaving, and the atmosphere of San Sebastian feels hot and wet. A.D.M. Winner of AudioFile Earphones Award © AudioFile 2021, Portland, Maine [Published: OCTOBER 2021]