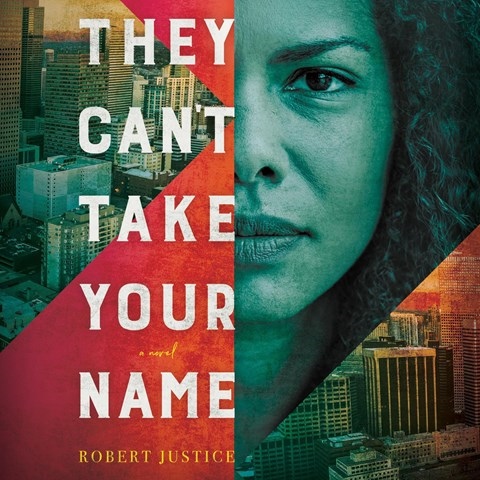 THEY CAN'T TAKE YOUR NAME

Rich-voiced narrator JD Jackson is an essential strength of this fictional account of wrongful conviction, corruption, and racism. Langston Brown is on death row after being convicted of a deadly bank robbery dubbed the "Mother's Day Massacre." His daughter, Liza, is desperately trying to clear his name. She meets Eli Stone, owner of a jazz club in Denver's Five Points neighborhood. Stone, who is dealing with his own grief and guilt, leans in to help Liza. Jackson's strong character portrayals delivered in his deep, gravelly voice help give the characters dimension that might otherwise be lacking. The story relies on some major coincidences but is a worthwhile listen about serious real-world issues. G.S. © AudioFile 2022, Portland, Maine [Published: OCTOBER 2022]