Home»Reviews»TILL DAPH DO US PART 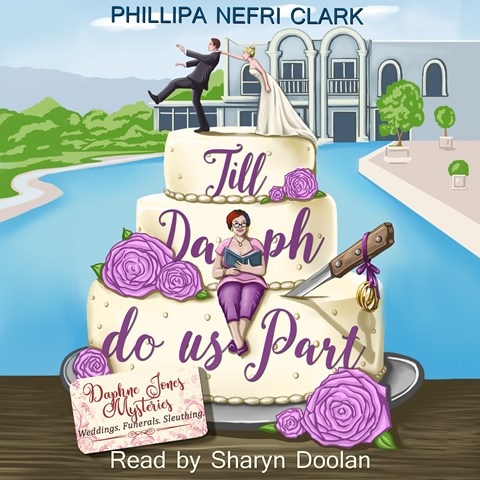 TILL DAPH DO US PART Daphne Jones, Book 1

Sharyn Doolan's performance, especially her Australian accent, adds atmosphere and liveliness to this diverting caper featuring a wedding celebrant who becomes engaged in a murder investigation. Daphne Jones arrives in the small town of Little Ridge to officiate the wedding of locals Lisa and Steve. But when Steve shows up dead, the celebrant turns sleuth. Doolan captures the droll tone of this mystery. She provides exaggerated shrieks and amusing portrayals of the numerous suspects, who include a surly waiter, a forgetful grandfather, and the bride herself. She also captures the tenderness between Jones and her sidekick, her husband, as they try to catch the killer. Doolan's charming delivery will especially enchant fans of M.C. Beaton's Agatha Raisin. M.F. © AudioFile 2021, Portland, Maine [Published: DECEMBER 2021]