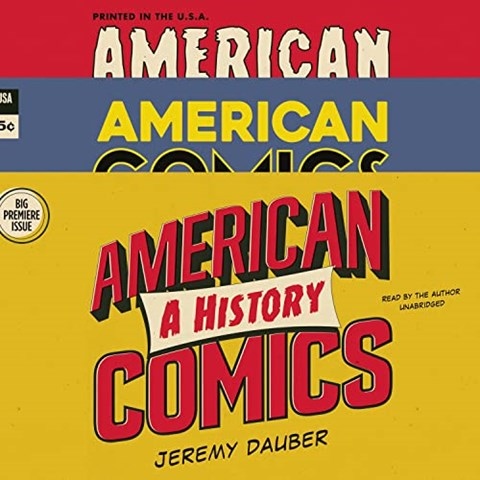 Author Jeremy Dauber performs his exhaustive history of comics in America with skill and levity. Dauber speaks in a conversational tone, his love for the medium obvious. The audiobook would be easier to follow with pauses between chapters, but that's a minor criticism. The work is replete with less-than-glamorous stories of the industry, which listeners will find fascinating. Contemporary comics fans may find the first two hours a bit slow, as they focus on comics drawn during the American Civil War. The pace picks up with the 1920s and 1930s and the introduction of familiar characters such as Popeye, Superman, Batman, and Captain America. Dauber takes note of the underground comics of the 1970s and the later independent comics movement, which is still with us. M.S. © AudioFile 2021, Portland, Maine [Published: DECEMBER 2021]