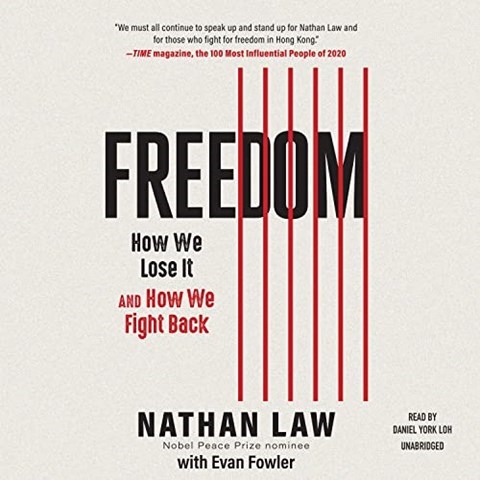 FREEDOM How We Lose It and How We Fight Back

British narrator Daniel Loh eloquently captures the sense of loss and frustration in this cri de coeur from former Hong Kong student activist and legislator Nathan Law. Loh's well-modulated performance strikes the right balance between outraged indictment and the lasting feelings of loss of the now London-based leader. Hong Kong, while never free, was democratically run, open, and vibrant. The authoritarian rule of the Chinese has quashed democracy. This work is part anti-Chinese Communist Party (CCP) screed, part paean to democracy, and part nostalgic remembrance of the author's pre-CCP life. Law has suffered for his apostasy. He led marches and was elected to public office as a critic of the new regime. He will more than likely never return home again. A.D.M. © AudioFile 2021, Portland, Maine [Published: DECEMBER 2021]