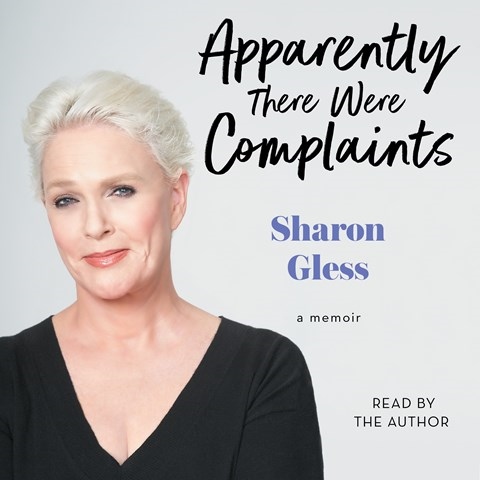 APPARENTLY THERE WERE COMPLAINTS A Memoir

Actor Sharon Gless's animated yet intimate tone, gentle pacing, and husky timbre will keep listeners glued to her fascinating memoir. Gless holds little back as she exposes her flaws and vulnerabilities. Listeners learn of her privileged but unsettled childhood in California, her struggles with weight and alcohol, and her unconventional romantic life, including her lengthy relationship with producer Barney Rosenzweig. And, of course, there is an extensive behind-the-scenes look at her film, theater, and television career, including her Emmy-winning role as Christine Cagney in the 1980s hit TV show CAGNEY & LACEY and her memorable performance as Debbie Novotny in Showtime's groundbreaking series QUEER AS FOLK. Listeners will enjoy spending time with the fiercely independent, frank, and appealing Gless. M.J. Winner of AudioFile Earphones Award © AudioFile 2021, Portland, Maine [Published: DECEMBER 2021]