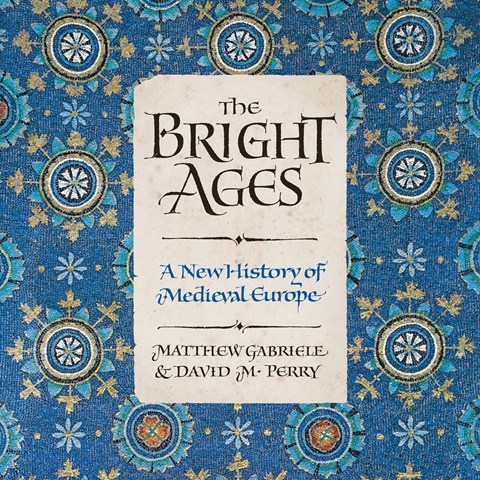 THE BRIGHT AGES A New History of Medieval Europe

Narrator Jim Meskimen presents this argument, " A New History of Medieval Europe," in a voice both forceful and convivial. He speaks as if--like Demosthenes--he had water in his mouth, a pebble under his tongue. The authors have renamed the Dark Ages, calling them the Bright Ages. The Renaissance, they say, originated in this slandered era. Starting with an Italian chapel, they smash common misconceptions. Jews spoke Latin in Dark Age markets, while parrots off-loaded from Venetian ships were sent to Britain. Meskimen delivers the material with enthusiasm bordering on wonder. Sadly, this work is more an idea than a history. If you mean to confound your friends with incongruous Dark Age facts, here is your source. If your voice is as captivating as Meskimen's, they will be delighted, if not entirely convinced. B.H.C. © AudioFile 2022, Portland, Maine [Published: MARCH 2022]