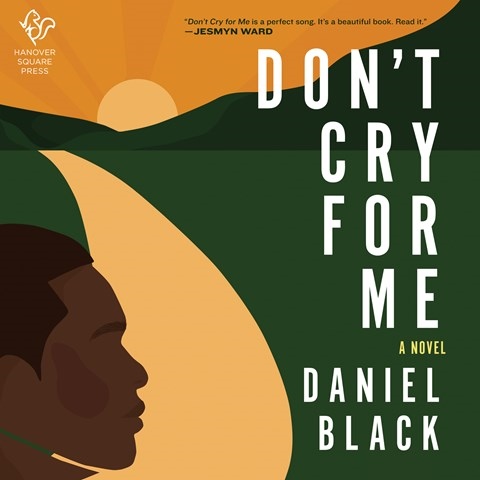 DON'T CRY FOR ME

Author Daniel Black delivers his novel with such poignancy that his narration becomes an act of shape-shifting. He fully sinks into the character of Jacob, an African-American man on his deathbed who is reckoning with his past. Longing for reconciliation, Jacob writes a series of letters to his estranged gay son. He shares stories of his childhood, explains the motivations behind his actions, and owns up to his mistakes. As Black portrays Jacob, his low voice carries within it a lifetime of stories, regrets, triumphs, and tragedies. His narration fluctuates in tone and speed as Jacob moves through powerful emotions. While often devastating, this audiobook is ultimately a messily redemptive story about Black fatherhood, the ghosts of American history, and forgiveness. L.S. © AudioFile 2022, Portland, Maine [Published: FEBRUARY 2022]