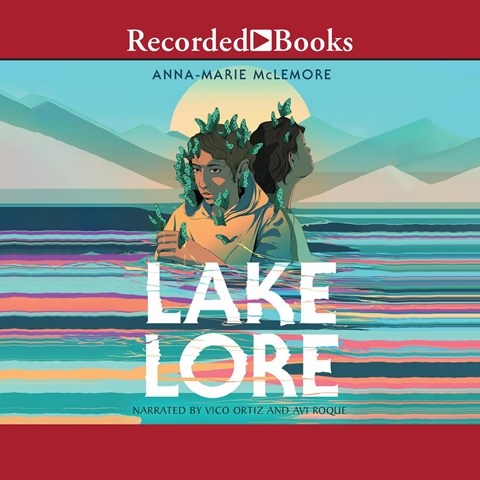 How marvelous that this story of healing and love between two nonbinary Latinx teenagers is narrated by two nonbinary Latine/x voice actors! Vico Ortiz portrays Lore, who has just moved to a new town after a traumatic incident at their old school. Avi Roque voices Bastián, who's been bottling up their feelings and releasing them as alebrijes (Mexican animal figures) into a nearby lake. Lore and Bastián are drawn together because of the lake's magic and soon find they have a lot in common. Ortiz's low, throaty voice has just the right amount of gruffness for prickly Lore. Roque's delivery is choppy at times, with occasional forced-sounding phrasing. But the way they enthusiastically capture Bastián's determination and pride in themself more than makes up for it. L.S. © AudioFile 2022, Portland, Maine [Published: APRIL 2022]