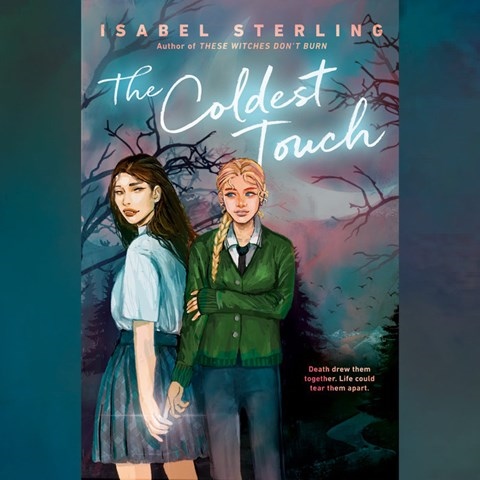 This romantic paranormal thriller is enhanced by alternating narrators Katie Koster and Kristen DiMercurio. Grieving high school student Elise wants to shake the disturbing premonitions of death she sees when she touches people. Claire, a vampire who is eternally a teenager, wants revenge against her maker. She can earn that revenge only by training Elise as a Death Oracle. Despite their opposing goals, the girls are drawn to each other. As Claire, Koster's narration has a sarcastic, world-weary edge, but moments of steely resolve and reluctant tenderness creep in as Claire's connection to Elise strengthens. DiMercurio is more serious in tone, with crisp enunciation that underscores Elise's need for control over her frightening powers. Together, they ensure that this story grabs fans of the Sapphic supernatural. R.A.H. © AudioFile 2022, Portland, Maine [Published: JANUARY 2022]