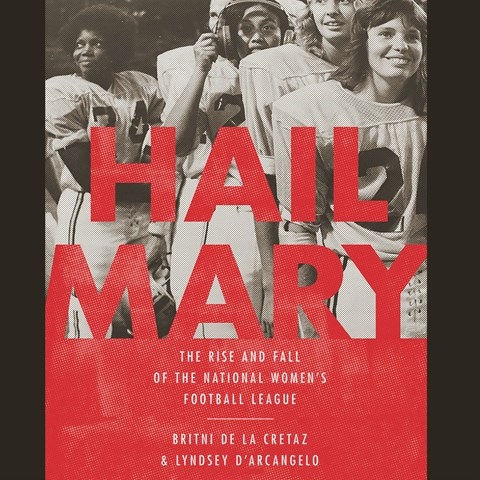 Many listeners won't have heard of the Toledo Troopers and the L.A. Dandelions. This audiobook recounts the history of the founding teams of the first women's football league, which began in the early 1970s. Narrator Kimberly Austin delivers the chronicle in a tone of admiration: This was no powder-puff league, but a full-contact women's league, which was controlled and coached by men. Austin reveals the harassment, bigotry from fans and coaches, and lack of family support that these women endured. They received 25 dollars a game, yet they persevered. Austin's authentic and confident narration mirrors the energy and enthusiasm the women brought to football. It's a sports fan's delight. E.E.S. © AudioFile 2022, Portland, Maine [Published: JANUARY 2022]