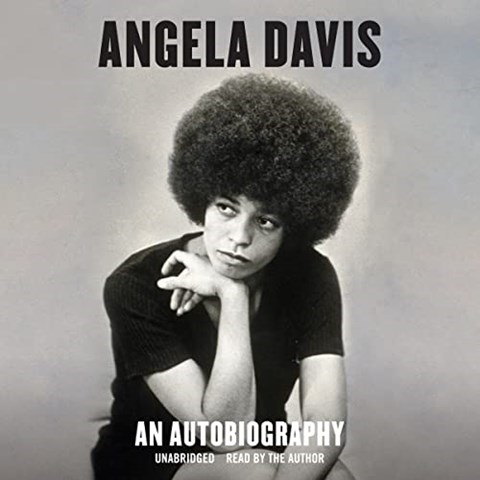 The third edition of activist Angela Davis's memoir, published nearly a half-century after it originally appeared, comes to listeners with the author's own measured yet confident narration. While she sounds her age--nearly 80--Davis continues to speak clearly and formally. When it was first published, when she was 28, this work offered a political perspective on her experiences in grassroots action against a capitalist state. This edition includes a new and engaging introduction in which Davis accessibly argues that what we experience as contemporary events, such as the response to George Floyd's murder, can be contextualized by history. Never dogmatic, Davis allows a rare smile to color her voice while, overall, delivering a formal presentation. F.M.R.G. © AudioFile 2022, Portland, Maine [Published: APRIL 2022]