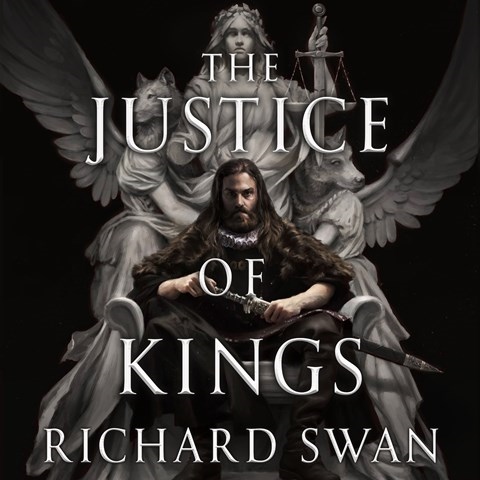 THE JUSTICE OF KINGS Empire of the Wolf, Book 1

Lucy Paterson's dramatic performance of the first in a new fantasy trilogy pulls listeners into a world reminiscent of medieval times. Magic is real, and its knowledge is closely held by a privileged few. Only the emperor's justices are taught the skills. Helena Sedanka, once a young clerk for Justice Sir Konrad Vonvalt, recounts her memories of investigating a noblewoman's death and uncovering a far deeper plot that affected the entire kingdom. Paterson's skills are evident, and she breathes life into the world surrounding Helena, capturing the emotions of the vast cast of characters. Most notable is Paterson's portrayal of Helena, both during her first-person storytelling as an older woman and as her remembered younger self. An exquisite production. A.L.S.M. © AudioFile 2022, Portland, Maine [Published: MARCH 2022]