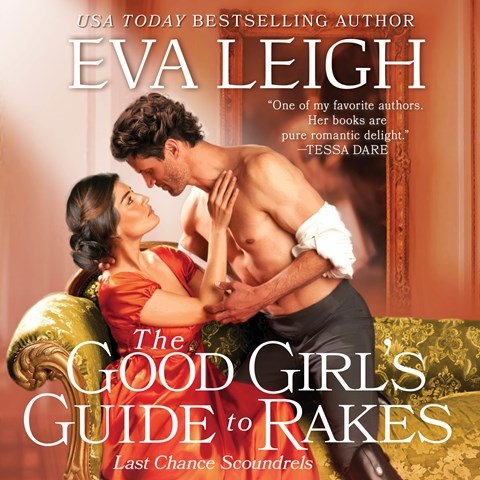 Zara Hampton-Brown narrates a romance between a rake in need of reform and a young lady who seeks to reject expectations. When Kieran Ransome does something unthinkably foolish, his father threatens to disinherit him unless he finds a suitable bride. But, apart from Celeste Kilburn, his best friend's sister, Kieran doesn't know any respectable women. Hampton-Brown portrays Kieran as warm and generous, a rake with a heart of gold whose only real flaw is trying to avoid responsibilities. Celeste is deeply frustrated with her lot, both as a woman and as her family's ticket into society, and Hampton-Brown leans into that frustration in her portrayal. While this frothy story of a rake seeking redemption and a woman seeking agency is nothing new, it is capably performed. K.M.P. © AudioFile 2022, Portland, Maine [Published: MARCH 2022]