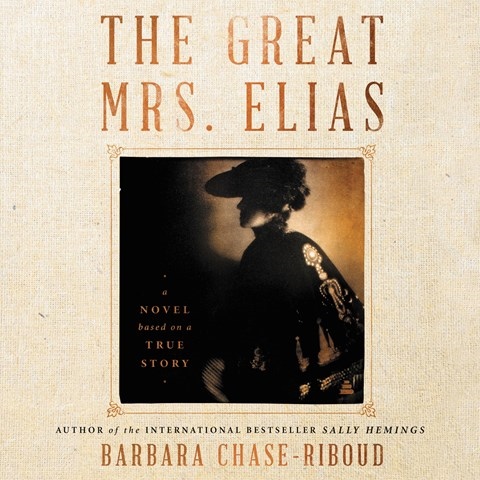 THE GREAT MRS. ELIAS A Novel Based on a True Story

Maybe Hannah Elias is not the ideal subject for a school Black history report, but she was a remarkable Black woman who became a millionaire during America's Gilded Age. Hannah's story is told by Golden Voice narrator Robin Miles. After a horrific childhood, Hannah worked in brothels in Philadelphia and New York and then re-created herself as a grand courtesan who used not only her body but also her business acumen to become as wealthy as many of the high-society men around her. A lot happens in this work of historical fiction, including Hannah's notorious extortion trial. This audiobook is crammed with details, some extraneous, and there are countless characters, all expertly depicted by Miles. Her skill at creating accents and speech patterns is outstanding. Listeners will be intrigued. D.L.G. © AudioFile 2022, Portland, Maine [Published: MARCH 2022]