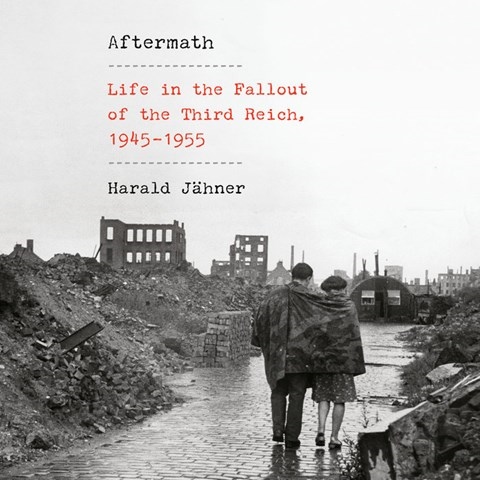 Postwar Germany has been closely examined in several recent audiobook histories, and this one is particularly well told. The Nazi defeat as much as its rise offers lessons that every new generation needs to learn--and remember. Narrator Rob Shapiro is an agreeable voice for this assignment, steady and temperate and precise. Like the author, Shapiro maintains a calculated objectivity and distance, for example, in describing how many active Nazis held onto their posts after the war. It's the mind of the German people--of human nature itself, really--that's under examination here: sorting out the rubble of their bombed houses by size, quickly forgetting they had ever been Nazis. D.A.W. © AudioFile 2022, Portland, Maine [Published: FEBRUARY 2022]