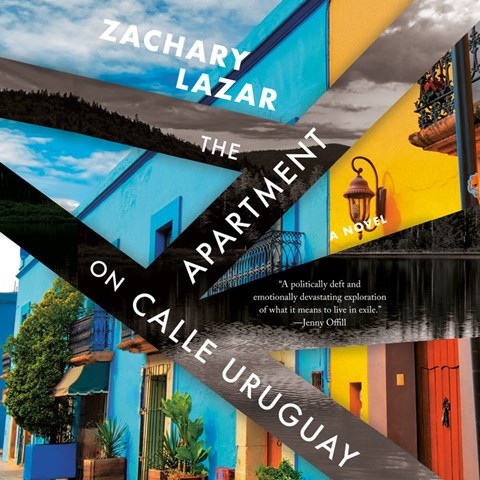 THE APARTMENT ON CALLE URUGUAY

Peter Ganim's resonant and melodious voice is attuned to this melancholy audiobook. Observation and imagery, rather than a tightly knit plot, propel the novel. Ganim's deliberate pace and reasoned tone suit the novel's themes--love after a tragic death and the challenge of living authentically during dark political times. He captures the angst of protagonist Christopher Bell. Other characters include Bell's former love, who was recently killed, and his new romantic interest, a displaced Venezuelan journalist he meets accidentally. Mysteries haunt this story, which takes place in the violence-filled U.S. of 2017. The racist march in Charlottesville, mass shootings, and the harsh justice meted out to a Black man frame this work. A.D.M. © AudioFile 2022, Portland, Maine [Published: JUNE 2022]