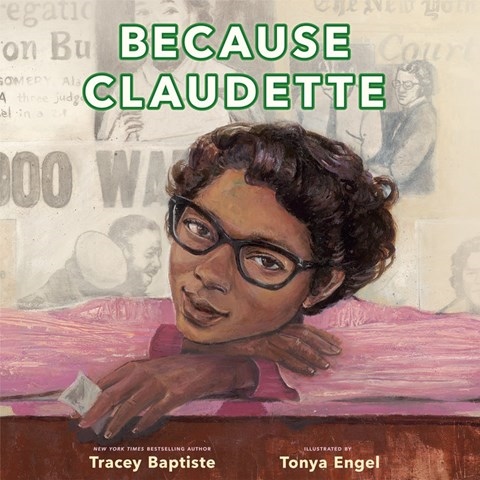 In this brief but powerful audio, narrator Joniece Abbott-Pratt recounts the history of the Montgomery bus boycott in 1955-56, which was initially sparked by the arrest of young Claudette Colvin, who refused to give up her seat. Abbott-Pratt takes the audio's repeated phrase "because Claudette" and turns it into spoken-word poetry with an insistent rhythm that builds from event to event. Her narration emphasizes the focus on how many separate acts of courage combined and grew to form a successful desegregation protest. The production uses effective sound effects--from the hum of a bus and the click of handcuffs closing to the swelling song of a church choir. N.M. © AudioFile 2022, Portland, Maine [Published: MARCH 2022]