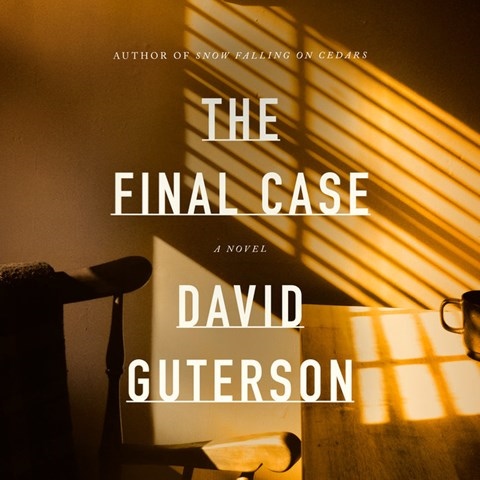 Narrator George Newbern skillfully portrays this father-son drama with a warm heart and confident intellect. An octogenarian Seattle lawyer named Royal accepts what will be his final criminal case. Since he no longer has a driver's license, he needs his son, the story's narrator, to drive him. Newbern balances the compassion and caring between the two characters as they investigate the death of an adopted girl from Ethiopia who dies in the care of her fundamentalist parents. Guterson uses this tragic case to examine modern American justice and injustice. Newbern's empathy for the characters as they question social norms ties into Guterson's narrative twists as they shine a light on the lawyer's tragic final case. R.O. © AudioFile 2022, Portland, Maine [Published: FEBRUARY 2022]