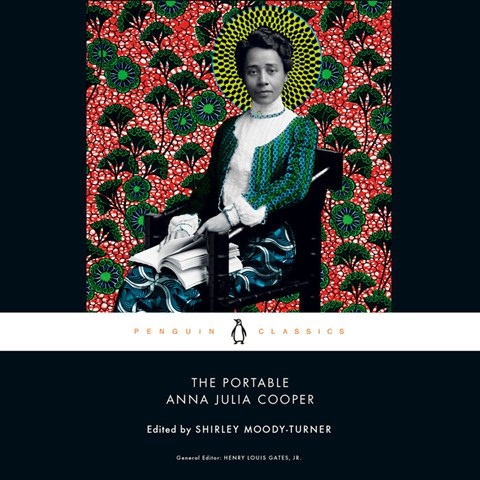 Anna Julia Cooper was, in her day (1858-1964), an educator and a civil rights advocate of some fame. This rather academic audiobook collection of her writing is aimed at restoring some recognition for her, at least among scholars. Although some of Cooper's essays originated as speeches, Karen Murray keeps their tone cool and reasonable, downplaying their occasional rhetorical flourishes in favor of clarity. Since Cooper's lifetime was not an era of rapid progress in Black and women's rights, many of the ideas and arguments are repeated. Dominic Hoffman presents the series introduction nicely; Shirley Moody-Turner's introduction to Cooper's life and work is slightly less polished. As academic as it is, this is a worthy introduction to an important Black public intellectual. D.M.H. © AudioFile 2023, Portland, Maine [Published: JANUARY 2023]