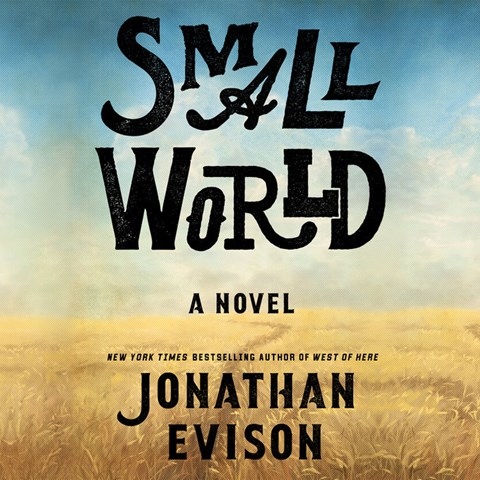 William DeMeritt narrates this mosaic of a novel, which ties together the 19th-century ancestors of 21st-century characters who are headed for a train disaster. DeMeritt masterfully paces the intertwining stories with a keen sense of drama, smoothly takes on the accents--Irish, English, German, Southern, and adeptly voices the remarkable characters, a pastiche of Americans including a robber baron, an immigrant, an enslaved person, and a Native. Evison has written a love song to bygone America, especially the nation's railroads, which changed our sense of space and time. In sparkling prose rich with historical detail and contemporary insight, he shows how our past--the tough road for immigrants, the stain of slavery, and the deplorable treatment of Native Americans--influenced how we live now. An enthralling audiobook. A.D.M. Winner of AudioFile Earphones Award © AudioFile 2022, Portland, Maine [Published: JANUARY 2022]