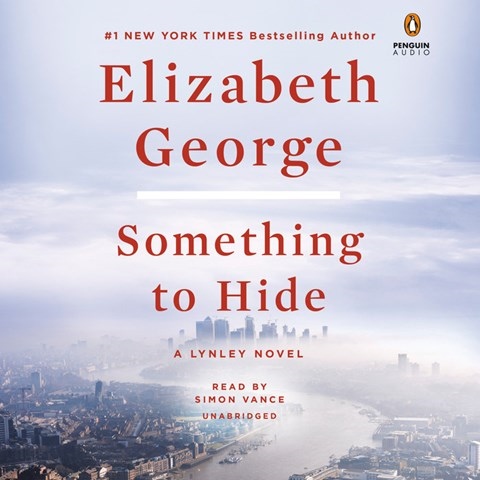 SOMETHING TO HIDE Inspector Lynley, Book 21

Narrator Simon Vance's cultured tones bring Inspector Thomas Lynley's twenty-first investigation to life. DS Barbara Havers and DS Winston Nkata take the lead in following clues surrounding the murder of Detective Teo Bontempi, who had been investigating the disturbing crime of female genital mutilation (FGM) in London's Nigerian immigrant community. For the host of African-born characters, Vance adopts heavy accents, which contrast sharply with the accents of the native Londoners, both posh and lower class. Lynley sports his upper-crust accent as befits a lord. Vance narrates at a leisurely pace, allowing listeners to follow the intricate web of clues and misdirection as the search for the FGM perpetrators merges with the investigation of Bontempi's murder. M.B.K. © AudioFile 2022, Portland, Maine [Published: MARCH 2022]