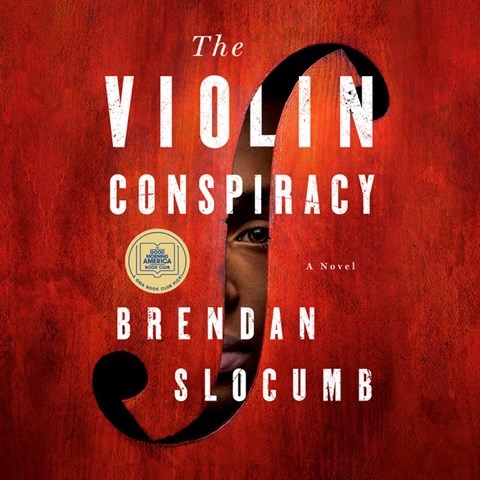 JD Jackson richly narrates the story of Ray McMillian, a young, Black man from a poor Southern family who is an unlikely classical violinist. Ray played a pitiful school-owned violin until his grandmother gave him her great-grandfather's old fiddle, which turned out to be a precious Stradivarius. Jackson describes Ray's persistent and humbling journey through the cutthroat world of classical music, in which non-whites are often unwelcome. Jackson also shines in depicting Ray's loving grandmother and his no-nonsense, gracious musical mentor. When Ray's violin is stolen before the world's most important competition, he begins a desperate search to recover it. The production is enhanced by brief musical bridges and an insightful epilogue narrated by the author, whose violin career is not unlike Ray's. N.M.C. © AudioFile 2022, Portland, Maine [Published: APRIL 2022]