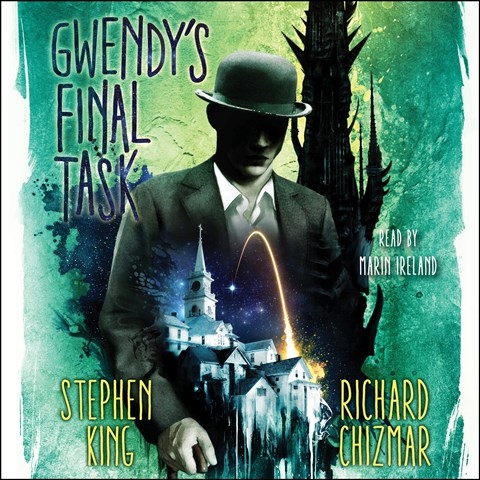 Marin Ireland's nimble narration enriches this final book in King and Chizmar's Button Box Trilogy. Since she was a 12-year-old girl living in Castle Rock, Maine, Gwendy Peterson has been the on-and-off guardian of the button box, a mysterious and sinister box with the power to grant marvelous wishes and destroy entire worlds. Ireland sensitively communicates Gwendy's dismay when, at 64 years old, she finds that the button box has been returned to her once again. This time, instead of serving as its guardian, she must overcome formidable obstacles in order to destroy the box and keep it from evildoers. Ireland's characterizations take this audio to the next level, imbuing each character with personality and depth. Listeners will be captivated by this intriguing end to a popular series. S.A.H. © AudioFile 2022, Portland, Maine [Published: MARCH 2022]