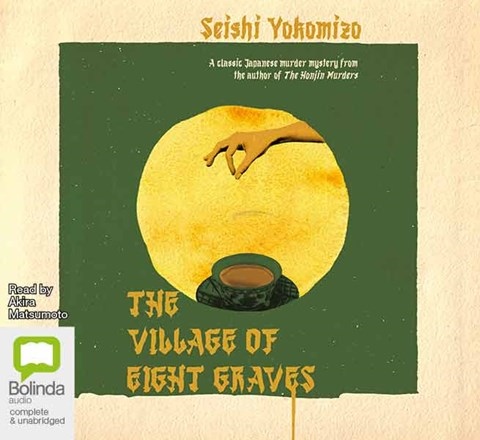 THE VILLAGE OF EIGHT GRAVES The Honjin Murders, Book 3

This is the third in the Detective Kindaichi series, which has recently been translated into English. The first three translations are available as audiobooks. Japanese narrator Akira Matsumoto, who speaks English with an Australian accent, has a remarkable ability to transform his voice to fit the various characters, including the stuttering Detective Kindaichi. The story begins with an explanation of the title, which involves a mountain village, sixteenth-century samurais, murder, and a curse. Tragic occurrences continue into the twentieth century, so when a spate of deadly poisonings begins shortly after the arrival of a young man named Tatsuya, the superstitious villagers go after him. Listeners will be drawn into this atmospheric mystery with its cursed village, shifting alliances, unexpected love triangle, and memorable conclusion. L.W.S. © AudioFile 2022, Portland, Maine [Published: MARCH 2022]