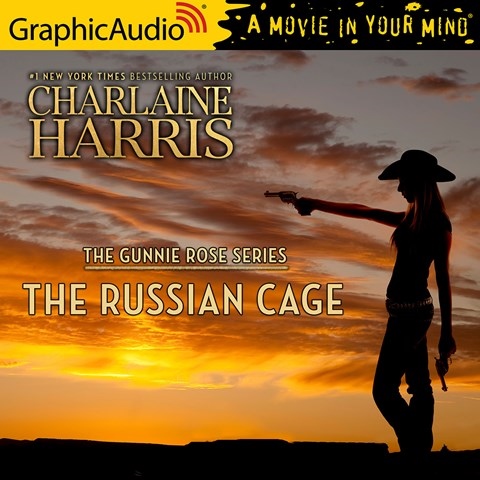 Colleen Delany performs the role of Lizbeth Rose, a gun-for-hire who is imbued with magic, in this fantasy/paranormal Western set in a region called the Holy Russian Empire--formerly San Diego. Rose, who has a gritty-voiced Texas twang, is the center of this fantasy as she rescues Prince Eli, her imprisoned husband, who is voiced with a subtle Russian accent by Robbie Gay. Then Rose foils an assassination plot against the tsar. Gunfights and magic are enhanced by creative sound effects as this adventure is acted out by the gifted voice actors from GraphicAudio. Rose and Eli, along with their aristocratic allies, attempt to defeat their enemies with luck, strong magic, and plenty of ammunition. M.B.K. © AudioFile 2022, Portland, Maine [Published: OCTOBER 2022]