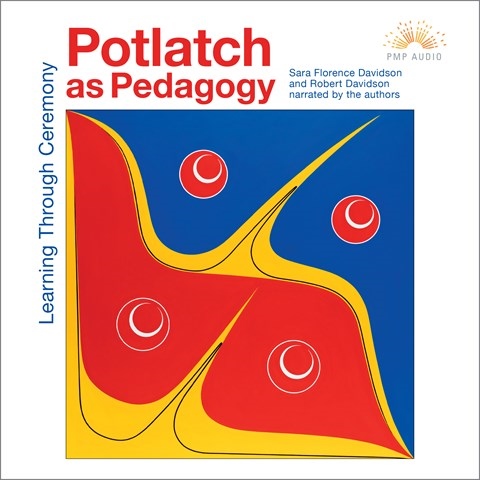 POTLATCH AS PEDAGOGY Learning Through Ceremony

Coauthor Sara Florence Davidson's serene narration sets a reflective tone for this analysis of Indigenous gift-giving feast ceremonies called potlatches. Her father Robert's oral history contributions document the banning of Haida Nation practices in British Columbia in the late nineteenth century and their rebirth in the mid-twentieth. Co-narrator Gary Farmer delivers Robert's ceremonial memories; for example, carving a totem pole in 1969 and learning ancient dances from elders; his pitch-perfect enthusiasm bubbles beneath his dignified tone. The interplay of Sara Davidson's voice with Farmer's fatherly one strengthens the narrative's theme of ancestral bonds. The duo's engaging performance reinforces Davidson's thesis that sharing indigenous ceremonies like the potlatch can improve teaching practices and represents a triumph for the Haida Nation over its Canadian colonization. E.S.B. © AudioFile 2022, Portland, Maine [Published: JANUARY 2022]