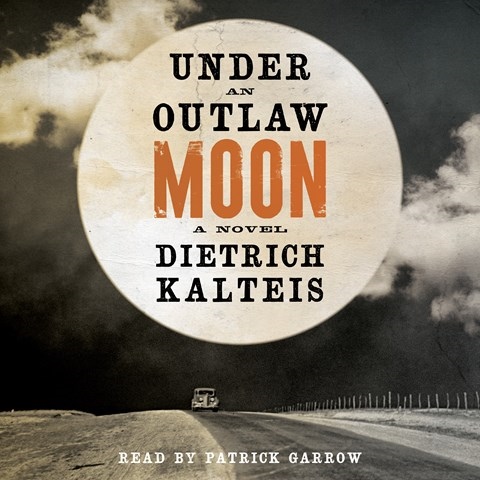 UNDER AN OUTLAW MOON

Based on a Bonnie-and-Clyde-type story of a real couple who robbed banks in the 1930s, this audiobook will have listeners feeling like they're on the run with the main characters. Kalteis's well-paced novel has solid character development, but it's narrator Patrick Garrow who brings it all together. From the twang in the couple's accents to the charged emotions in all the voices, Garrow takes an exciting story and ramps it up. Every sentence brings out the young couple's exhilaration as they fall in love, the excitement of bank robbing, and the exhaustion of being on the lam. Other characters are given just as much energy and attention; in particular, Garrow's angry, curt, frustrated voice for FBI Director J. Edgar Hoover is campy enough to work. Buckle up for the ride. M.B. © AudioFile 2022, Portland, Maine [Published: MARCH 2022]