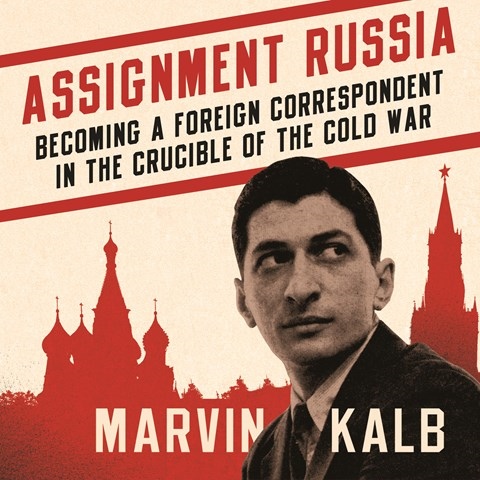 In this warm and personal remembrance, longtime award-winning broadcast journalist Marvin Kalb takes the listener back to the late 1950s. It was the height of the Cold War, and he was lead CBS Moscow correspondent. Handpicked by the legendary Edward R. Murrow, Kalb employed his expertise in Russian politics and history to quickly transition from a cub reporter for CBS Radio to writing for early television news shows such as "The World News Tonight." Kalb was there to interview USSR Premier Nikita Khrushchev during the 1960 U-2 spy plane incident, and so much more. At age 90, Kalb's voice has lost none of the naturalness and ease that made him one of the most popular and respected journalists of his generation. B.P. © AudioFile 2022, Portland, Maine [Published: FEBRUARY 2022]