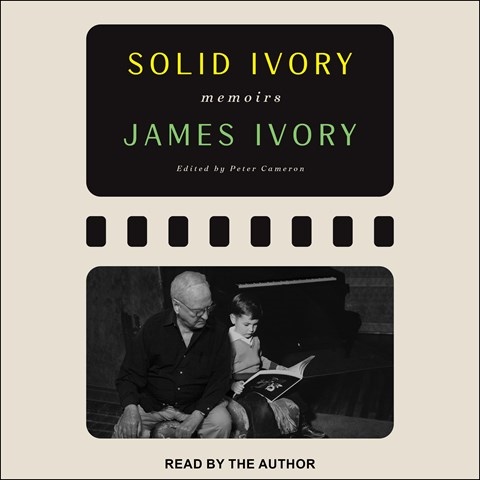 BAFTA- and Oscar-winning producer, director, and screenwriter James Ivory shares a memoir of episodic brief essays. Some have been previously published. Novelist Peter Cameron did a precise job in the editing of this work. Ivory's nearly 10 hours of performance are remarkably steady, considering his age of 93. His narration is relaxed, measured, and nuanced--much like his films, such as HOWARD'S END and THE REMAINS OF THE DAY. Ivory was adopted and raised by a moneyed Oregon family. Much is included about his developing gay life but not very much about his cinematic life. Ivory underplays his most important relationship--the one with his producing partner, Ismail Merchant. The patchwork writing evidences appropriate caustic humor. Some listeners may find the candid and detailed lovemaking descriptions excessive. W.A.G. © AudioFile 2022, Portland, Maine [Published: MARCH 2022]