Home»Reviews»A FLICKER IN THE DARK 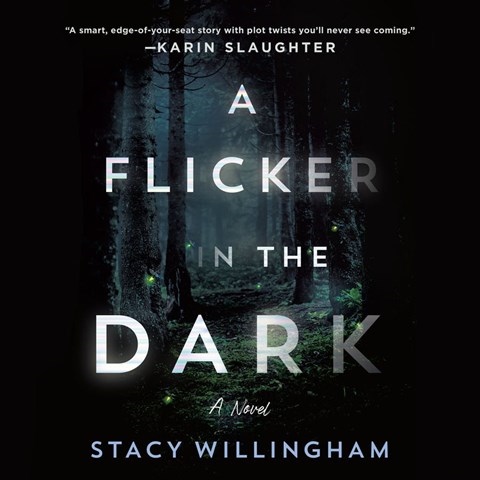 A FLICKER IN THE DARK

An ominous musical intro sets the mood as narrator Karissa Vacker introduces Chloe Davis, a psychologist who is the daughter of a convicted serial killer. Chloe's entire life has been colored by her father's crimes. The hushed voice Vacker uses for Chloe is an effective reminder of the character's ongoing struggles with the past. As the twentieth anniversary of her father's crimes approaches, several teenage girls disappear, leaving Chloe to face tough questions. Vacker switches easily between the higher female voices and the lower male voices, creating recognizable and believable characters. The gruff smoker's timbre of Chloe's brother and the slower speech of the Southern policemen provide contrast to Chloe's voice. Listeners will enjoy a gripping and twisty story. E.J.F. Winner of AudioFile Earphones Award © AudioFile 2022, Portland, Maine [Published: MARCH 2022]