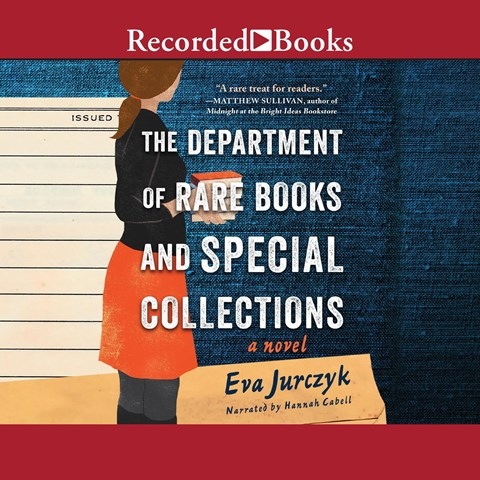 THE DEPARTMENT OF RARE BOOKS AND SPECIAL COLLECTIONS

The rare books department of a Toronto university library is the setting for this intriguing mystery audiobook. When the chief librarian has a stroke, his second in command, Liesl Weiss, is called back from sabbatical to cover for him. It's a move not widely supported by her department. Narrator Hannah Cabell creates a cast of believable characters. She highlights Liesl's internally voiced concerns when she discovers that a rare Bible has disappeared from the library. She feels it's her responsibility to uncover what happened to it. Cabell's characterizations are so finely tuned that it seems as if the listener is in the room with the characters. Her timing helps keep the story moving toward its slightly inevitable conclusion. K.J.P. © AudioFile 2022, Portland, Maine [Published: APRIL 2022]