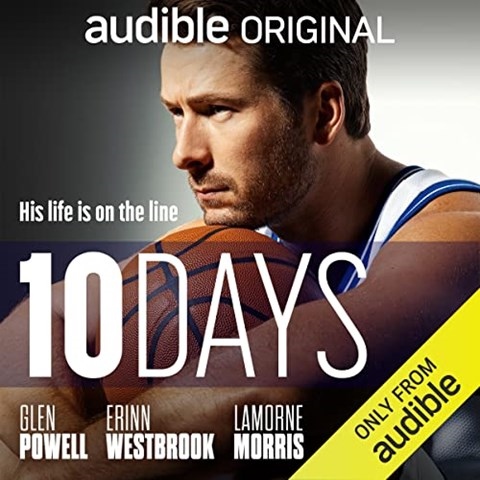 This audio original, serialized in 11 episodes, focuses on Danny Miles, a minor league basketball player whose dreams of making it to the NBA are about to end--or so he thinks. He gets called up by his hometown 76ers on a ten-day contract. While proving himself, he evaluates his life; his relationship with his ex-girlfriend, the mother of their child; and his future. The theatrical cast does a fantastic job embracing the voices. The production employs background sounds--whistles, players yelling, ambient noise in a diner. Danny's overbearing mother and his agent have East Coast accents. No one gives short shrift to anyone--when Danny and his pal race up a hill, their exhaustion is real. Great sports fiction with a moving storyline and involved actors. M.B. © AudioFile 2022, Portland, Maine [Published: APRIL 2022]