Home»Reviews»ONE MUST TELL THE BEES 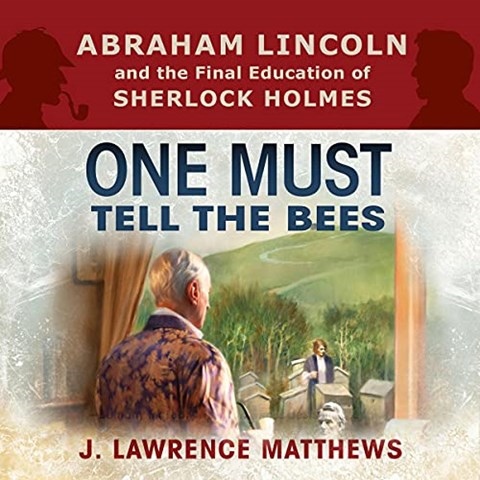 Who knew Sherlock Holmes spent his youth in Civil War America? Thomas Judd impeccably narrates Holmes's American adventures. Listeners join him at the DuPont munitions plant, where he meets Monsieur Vernet, who inspires his future detecting. Judd faultlessly depicts Holmes's interactions with Lincoln; the young, former slave, Abraham; and several majestic musical performances of "The Balm of Gilead." Later, in England, Holmes confronts a murderous James Moriarity, Jr. The story then moves to Holmes's final days, which he fills with tending to his beloved bees and solving a case with Dr. Watson. Neither Matthews nor Judd makes a misstep in these new Holmes adventures. S.G.B. Winner of AudioFile Earphones Award © AudioFile 2022, Portland, Maine [Published: APRIL 2022]