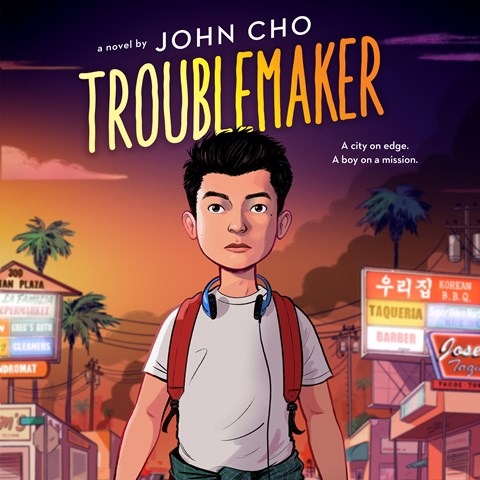 John Cho narrates his middle-grade novel set amid the 1992 Los Angeles riots. News footage of the riots prompts sixth-grader Jordan to make a precarious trek through Koreatown and the outskirts of the riots. Determined to help his father protect the family's South Central store, he encounters perilous misadventures along the way. Cho has a pleasing voice and steady cadence, both traits appealing to an adult listener; however, his mostly impassive delivery is better suited to recount the coming-of-age story to an older audience than to the much younger one it is written for. Little to no distinction among characters further keeps young listeners from engaging with the story. Adults will appreciate the production. A.L.S.M. © AudioFile 2022, Portland, Maine [Published: MARCH 2022]