Home»Reviews»HE WHO FIGHTS WITH MONSTERS 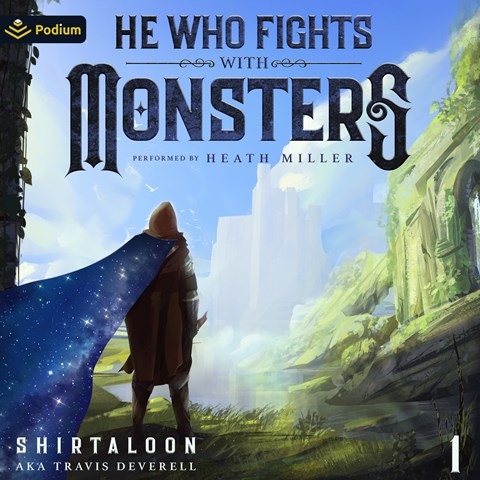 Heath Miller performs a middle manager's journey in a new dimension as he tries to be a heroic version of himself. Jason awakens one day in a realm of sword and sorcery. Naked, hairless, and confused, he is thrust into a world in which his abilities are broken down into stats and he must undertake quests to improve them. Then he makes a shocking discovery: Despite his best intentions, his abilities seem distinctly evil. Miller gives Jason the right level of snark while capturing his feeling of being a fish out of water. The story sounds appropriately like the depiction of a video game with its easy pace and hilarious characters. J.M.M. © AudioFile 2022, Portland, Maine [Published: MAY 2022]