Home»Reviews»SHAKESPEARE IN THE TIME OF PLAGUE 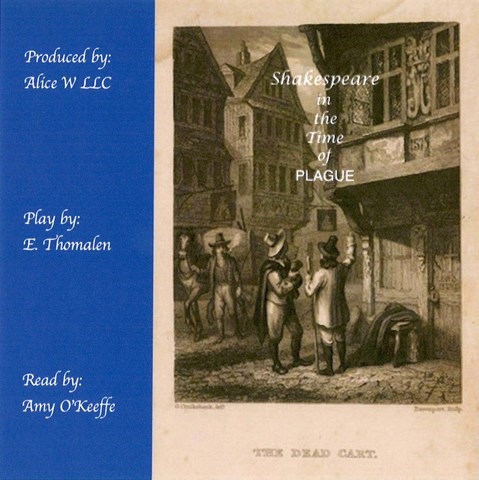 SHAKESPEARE IN THE TIME OF PLAGUE A Play

Amy O'Keefe employs a range of British accents and attentive pacing to good effect in this unusual audio play, which will especially appeal to fans of medieval history and Shakespeare. The playwright lived for extended periods in London during its repeated episodes of bubonic plague. This production examines the contagion's effect on his writing by blending short scenes of his life--walking past "dead carts" or conversing with his acting friend James Burbage--with long excerpts from his plays, including HAMLET, believed to have been inspired by his son, Hamnet, who died of the plague. The many brief scenes and spoken stage directions interrupt the flow, but the underlying premise is interesting, and O'Keefe's use of regional accents brings the Bard and his world colloquially to life. A.C.S. © AudioFile 2022, Portland, Maine [Published: FEBRUARY 2022]