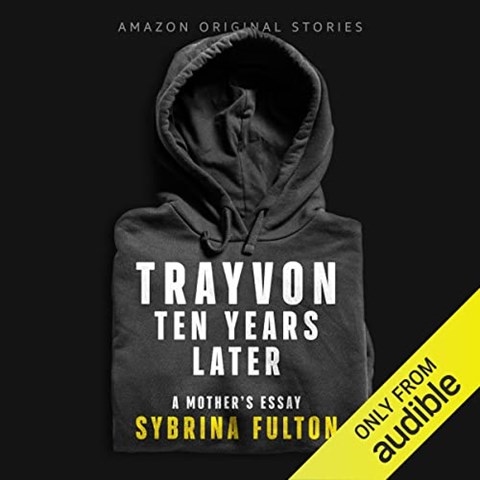 "I became the mother of a movement out of necessity," says Sybrina Fulton, mother of Trayvon Martin. This audiobook may be short, but not a word is wasted. Fulton reflects on the decade since her son's death. Fulton is clear in her view that her son was stalked and killed out of malice, his killer protected by a system prejudiced toward Black children. "Many times, the only person who gets to tell their side is the one with the weapon," she says. Fulton's voice is direct and unflinching. As she says, "I decided to be a force for change." She is doing so not just for Trayvon, but for all children of color. The impact of Fulton's words and voice is undeniable. S.P.C. © AudioFile 2022, Portland, Maine [Published: MARCH 2022]